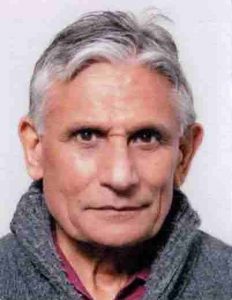 Raghib Ahsan Solicitors is a successful legal practice built upon the principle of striving to assist those in need to obtain their legal rights. The founder, Raghib Ahsan, was key in implementing high standards of integrity and ethics and has been fundamental to the firm's strong track record of success in a multitude of legal cases.

A Little Bit About Raghib

Raghib had many years of experience as a Legal Executive (Fellow of the Chartered Institute of Legal Executives) before qualifying as a solicitor in 2005 and is accredited by the Solicitors Regulation Authority (SRA). Raghib ran his own legal services firm from 2001 to 2006 when Raghib Ahsan Solicitors was established. In all he has over 30 years of experience of working in the legal field.

Raghib used to work in factories in the engineering and car industries, including Rover Solihull. He was an active trade unionist and shop steward fighting for workers rights on the shop floor. After redundancy he founded a campaign to assist Asian women opposing low pay and poor conditions in the clothing industry.

Raghib also worked at the Birmingham Tribunal Unit representing claimants at Social Security and Child Support Appeal Tribunals. He has a wealth of experience of giving advice on benefits more generally in the community.

In 2007, Raghib won his case against the Labour Party after being the victim of racial discrimination. He took the case through the courts to the highest level, the House of Lords, who vindicated his stand.

In 2004, the Election Court sitting in Birmingham was the first in recent years to establish that there had been widespread postal ballot fraud in the local elections, by the Labour Party. Raghib was key to the gathering of evidence on behalf of the claimants.

Raghib led the campaign of the clothing workers which resulted in a change in the law. It led to clothing workers receiving the sick pay they were entitled to directly from the state when employers refused to pay it.

As a Birmingham councillor, Raghib fought to expose the illegal denial of repair grants to residents suffering in sub-standard accommodation. His campaign led to the Local Authority Ombudsman finding the Birmingham City Council guilty of maladministration.

Raghib was the first black president of the Birmingham Trades Council. He also organised the 600 strong workforce at Crompton Parkinson to become TGWU members and established a recognised union in the plant.

Raghib is thorough and tenacious and able to use his vast knowledge and experience to gather evidence and utilise it to prepare and win the case. He makes use of his knowledge and understanding of local communities and their various cultural backgrounds. He also brings to the work his long experience in both the industrial and legal fields and his campaigning skills.

If you have an immigration, family or benefits problem or require help with wills and probate matters, contact Raghib now for a prompt consultation. He is fluent in English, Punjabi, Urdu and Hindi.